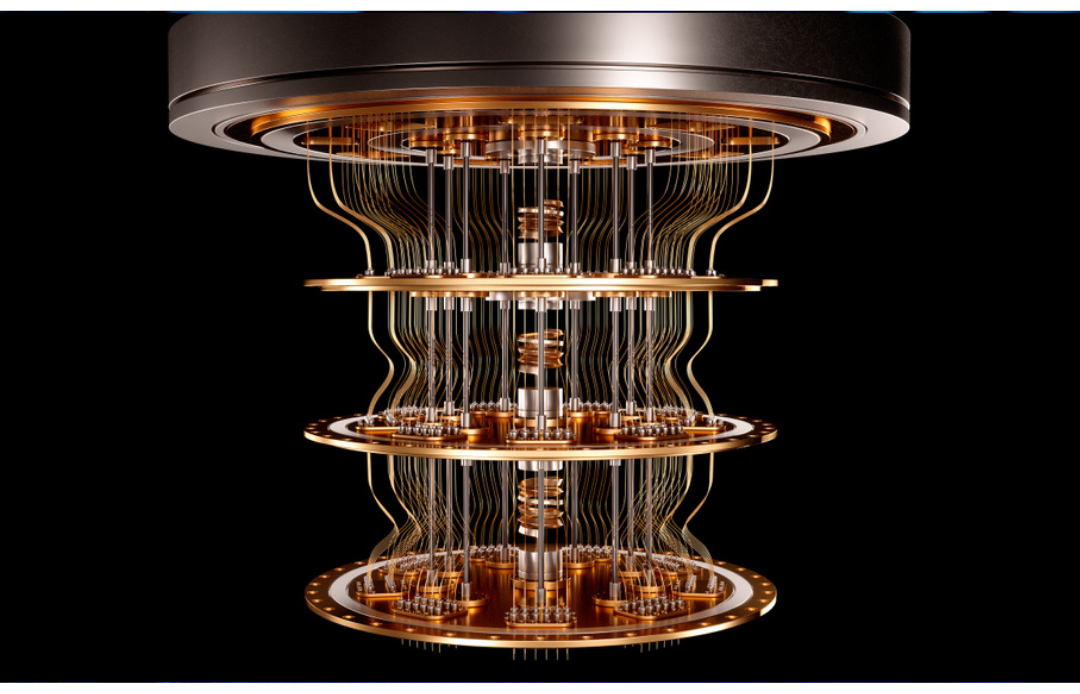 Quantum technology is a core transformative technology of our time, said Vikram Sharma, Founder and CEO of Quintessence Labs during a CES 2021 event.

Unlike the first three industrial revolutions — which dealt mainly with electricity and industrialization — the fourth one will center around 5G, AI, robotics, autonomous vehicles, and quantum computing.

Interesting Engineering (IE) was in attendance.

However, quantum computing encapsulates a two-stage structure of the fourth industrial revolution. “Now we’re at the crossroads of a second [stage of the] revolution: instead of passively harnessing quantum reactions, we create new quantum effects,” said Sharma. This opens “up a host of new technologies in imaging, sensing, cybersecurity, and more.”

And the future of nations pitting AI against one another is closer than ever. “That threat definitely exists,” remarked Director Pete Tortorici of the Joint Information Warfare department of DoD’s Joint Artificial Intelligence Center.

However, the ability to fully execute the potential of AI attacks between country’s is beyond everyone’s reach, as far as Tortorici knows, he said. “Future concerns lie with [a] near-peer rival — how to leverage AI to secure capabilities, and also build robust frames [so we] know when we have a security breach.”

“The U.S. has a $1.2 billion quantum initiative. China has been developing [a] national lab for quantum information,” which could be a $10 billion program, said Tortorici. “If we look at quantum computing, Google’s Sycamore is relevant, from second-half of 2019 — that processor achieved a solution to a particular problem,” demonstrating an advantage over the best supercomputers.

In December of 2020, Chinese researchers solved a problem called “Gaussian Boson sampling.” Conventional computers would take 2.5 billion years to solve it, but the scientists in China did it in minutes.

To solve AI problems like this, the U.S. government is investing in new connections with academia. One subject of interest is natural language processing. Open AI’s development of “Dolly,” an amalgamation capable of creating images from strings of text.

Crucially, when asked to build an image of an animal at sunset, the AI knew which direction to cast the shadow of the creature in the field.

AI can also enhance the medical field. RadNet — a leading developer in AI for mammogram interpretation — detects breast cancer up to a year before conventional means. With mass implementation, it can lower the cost of healthcare.

Least recognized, yet most pressing issues for AI

There exists a need to build a broader community of experts surrounding AI, as more of the country’s workforce enters digital fields under a growing quantum umbrella of technological advancement.

“Organizations are tuning into the transformative potential of quantum that years ago was only an interesting science issue,” said Sharma. “Many organizations’ understanding of the real business value from quantum technologies” are built on internal expertise on AI and quantum computing.

The World Economic Forum views quantum as a standing item on its agenda — “whether computing itself or the impacts on cyber-security,” said Sharma.

“People generally have a conception of risk in cybersecurity, but a lack of proper understanding of what this means for cybersecurity today,” added Sharma. To him, people should “educate stakeholders,” to show them which issues of advances are most relevant to their interests, and how they may prepare for the quantum future.

Despite their common appearance in science magazines and websites, AI and quantum computing are very nascent industries. “Forefront in the mind of the DoD is how to cultivate and retain talent in these spaces,” said Tortorici. “The question is how to maintain [cybertalent] and continue building it, going forward.”

This includes data scientists, analytics, and much more. The two speakers at CES 2021 praised the academic resources for AI and quantum in Boston, in Stanford, and Carnegie Mellon University — where education involves “not just research, but application and engineering-level” learning — which helps both companies and government agencies find and hire the “right mix” of varying talents in different areas, said Tortorici.

“Very few people worldwide are available with [both] quantum computing expertise and AI knowledge,” said Tortorici. There appear to be “similar national initiatives in China,” although naturally to what extent these are at any given moment is difficult to parse, from the outside.

However, in the U.K. and elsewhere, there’s a colossal quantum tech initiative to train quantum engineers. “Not just scientists, but engineers — Australia,” for example, “established the quantum academy,” explained Tortorici.

From the future of defense to data analytics, and from enhancing cybersecurity to growing and employing the next generation of cyber talent in the fourth industrial revolution — if the applications of quantum computing and AI to have limits, they exist beyond our current scientific comprehension. Even after 50 years, there is no end in sight for these nascent fields and industries.