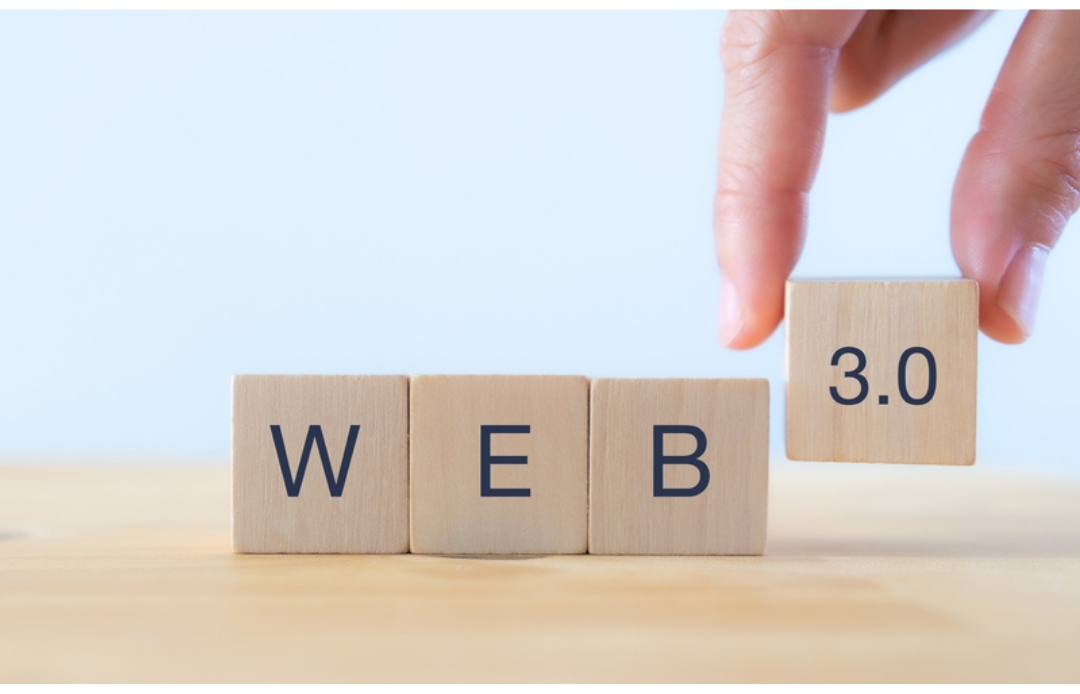 A utopian vision of the internet lasted well into the nineties, as Bill Gates wrote in a 1996 op-ed titled “Internet will improve democracy” that open information and communication “will put the citizen in a fundamentally more powerful position than ever before.” Web 2.0, the internet as we know it today, vastly expanded access to information and transformed everything about society.

Yet, it’s safe to say not everyone shares Gates’s early optimism about improving democracy. Web 2.0 was a step in the right direction with many limitations—from data mining to censorship and security threats. However, a new and improved layer will fix the stagnation the internet faces today. AI and advanced machine learning techniques in Web 3.0 will personalize what we know as the internet today.

However, it has yet to take off truly. Blockchain will empower Web 3.0 to bring about the promise of a truly decentralized internet.

We need to make space for blockchain when talking about Web 3.0

In his landmark 2001 essay, Tim Berners-Lee, the inventor of the first World Wide Web, referred to the future of the internet as the semantic web, noting that machines will “become much better able to process and ‘understand’ the data that they merely display at present.”

The semantic web became synonymous with Web 3.0 about a decade later, understanding that one of Web 3.0’s main characteristics is its ability to make logical connections between pieces of data.

Today, social networks that belong to tech companies are responsible for linking web pages and sharing data between users. It’s still too early to know precisely how Web 3.0 will look. However, it’s clear that it will incorporate artificial intelligence, natural language search, and machine learning technologies. As a result, Web 3.0 will feature a mixture of words and visualization, providing users with relevant and meaningful data.

There is a growing understanding in the tech community that a truly decentralized Web 3.0 must have a blockchain platform. Blockchain technology can authenticate and decentralize information. A blockchain-based Web 3.0 will eliminate the surveillance and exploitive advertising based on personal data. Instead, individuals will have more freedom to communicate with each other without ‘being watched’ by tech companies.

Getting to the core of blockchain

A blockchain is a database with a list of transactional records that all participants in a digital network share. Each record has a timestamp and reference links to all previous transactions. People outside of the crypto bubble might see blockchain as a sci-fi concept, but industries are gradually adopting blockchain.

Thirty-nine percent of senior executives and practitioners have incorporated blockchain into production, which is a significant rise from 23 percent of respondents signaling production in 2019, according to Deloitte’s 2020 Global Blockchain Survey.

While a blockchain is a database, a smart contract is a program that the database stores. A smart contract is central for blockchain because it contains the terms of the agreement between a buyer and seller in lines of code. The code and its agreements exist in a decentralized blockchain network. With the use of smart contracts on the blockchain, transactions are traceable, transparent, and irreversible. Smart contracts allow people to exchange money, property, shares, and anything else of value without the need for a middleman.

In today’s internet, Amazon controls a third of the cloud business, according to an April Statista report. On the search engine front, Google controls a little more than 92 percent of the search engine market share worldwide, as of data from June in a StatCounter report. Web 2.0 gave tech companies the technology they needed to revolutionize how users communicate online. Yet, we have come very far from a user-focused internet.

With blockchain technology, there is no middleman who controls the data. As a result, no one has the power to block websites and services. Instead, data will move from centralized servers to a peer-to-peer network (P2P). Resultantly, everyone who wants can contribute, the code is public, and everyone has the same information. With Web 3.0, users will be able to take back control of their data and experience a truly decentralized internet.

In Web 3.0, blockchain will decentralize and distributed data. Therefore, there will be fewer data breaches. With today’s Web 2.0, the companies that run applications store user data on their servers and databases. Even if companies decide not to sell users’ to third parties, hackers can still hack servers and databases. Thus, sensitive information is at risk. In Web 3.0, secure and decentralized data storage protocols will store user data. As a result, it will be much more difficult for hackers to take control of the whole network.

The Internet of Things, a key component of Web 3.0, enables multiple devices to connect to each other, and while this is convenient, it’s also dangerous. Blockchain technology will bring security and privacy to the IoT, with its privacy mechanisms and decentralized data storage. However, all of the devices that communicate with each other must be on an identical blockchain. Interoperability will solve this problem.

Why Web 3.0 must feature blockchain interoperability

Interoperability is the ability to see and access information across various blockchain systems, and it is an essential part of the developing framework of Web 3.0.

In his 2019 paper presented at the IEEE International Conference on Industrial Cyber-Physical Systems, Frank Golatowski notes that “Protocols like AION, Cosmos, Polkadot, ICON, or Wanchain are developing solutions at the cutting edge of blockchain interoperability. Interoperability is the catalyst enabling broad commercial adoption via increased scalability and transaction throughput.”

In other words, interoperability is crucial for mass blockchain adoption.

Among the blockchain platforms built for Web 3.0, it is hard to ignore Polkadot, founded by Gavin Wood, the co-founder of Ethereum and founder of the Web3 Foundation.

“As the underlying protocol for a thriving ecosystem of specialized, interconnected yet sovereign blockchains, Polkadot lays the framework for a new decentralized web,” as explained by Polkadot. Polkadot’s main feature is that it allows arbitrary data to transfer across any type of blockchain, which is necessary for a truly technologically advanced Web 3.0.

Web 3.0 is expected to change the whole user experience, focusing on data linking, but what will set Web 3.0 apart will be a blockchain-based platform. Web 3.0 offers a vision of a truly decentralized internet that will be made possible thanks to blockchain and smart contracts, which offer the ability to transfer valuable information safely and securely without a middleman.

By using blockchain, it will be more difficult for hackers to take over a network. For a blockchain to really revolutionize Web 3.0, however, it needs to be able to connect to other blockchain networks, meaning it needs to have interoperability. Once this is implemented, we will finally be able to experience a decentralized internet.