Hey Purposeful Entrepreneurs! Start with Why and Just Open the Box 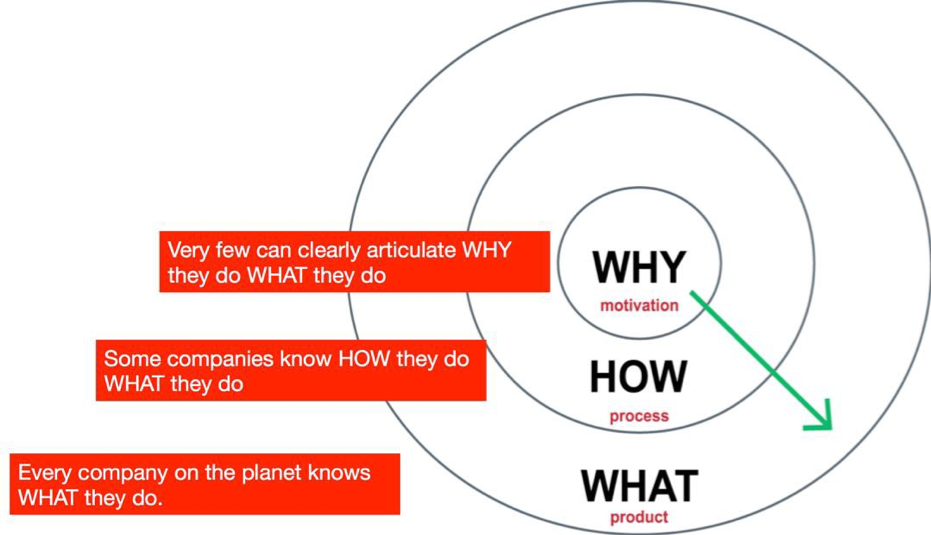 One vertical we consistantly work on BN is entrepreneural side of the upcoming paradigm shift. As we believe, all academicians, regulation makers, decision makers of private and public organisations should think & act like an entrepreneur in a lean start up fashion in order to achieve the necessary flexibility level and understand the convergence concept. I strongly suggest that you read my previous post on exponential entrepreneurship in order to establish a base understanding on what it takes to succeed in a world of abundance and a world of accelerating returns. In this article, we will elaborate more on MTP concept and acting fast as we believe that the strongest two pillars of the purposeful organizations/entrepreneurs are the strong purpose on which they establish their efforts and the solid actions they take towards their purpose.

Why-How-What… Three immensely simple and at the same time extremely strong questions… For me, they symbolize the three pillars of the road, journey, path, however you call it… When asked properly, they are the ultimate guide to one’s inner & outer journey. In particular, for entrepreneurs, strategic importance of these three questions grows exponentially as the start up moves forward.

I am sure most of you are familiar with Simon Sinek’s “How Great Leaders Inspire Action” video. Here is his TED Talk for the ones who haven’t watched yet. In the video, Simon Sinek explains “Why are some people and organizations more innovative, more influential, and more profitable than others?” What is the secret sauce?

Examining the leaders who’ve had the greatest impact for the humanity, he discovered that they all think, act, and communicate in the exact same way. And you know what, it’s the complete opposite of what most of us generally do. People like Mustafa Kemal Ataturk, Nikola Tesla, Larry Page, Martin Luther King Jr., Elon Musk, Steve Jobs, Nelson Mandela and Mark Zuckerberg might have little similarities in common, but they all started with why.

This simple why-how-what methodology allows a start up founder to move from concrete observations of a particular situation to the more abstract emotions and motivations that are very essence of the matter.

Have a look at the mission statements of below technology companies :

Google: Organizing the world’s information and make it universally accessible and useful.

Tesla: Accelerating the advent of sustainable transport by bringing compelling mass market electric cars to market as soon as possible

Uber: Connecting passengers with either drivers of vehicles for hire or ride-sharing services in several cities around the world.

Asana: Helping humanity thrive by enabling all teams to work together effortlessly.

SpaceX: Revolutionizing space technology, with the ultimate goal of enabling people to live on other planets.

All of them have big “Why”s and exponential thinking rather than linear mindset. Having strong roots, they are disrupting the domains they are operating in, creating 10x impact instead of improving 10%.

In order to make the concept more concrete, let’s go over the case of our think-tank start up, BN. We have different definitions of what BN is and why it exists including ‘’a network as a science platform acting as a hub for all organizations and go-to source for emerging disruptive establishments.” And ‘’a think tank for discussing potential impacts of exponential technologies and formulating new models for preparing fort he future. Lets exercise why-how-what for BN:

Why: To help humanity to look at the uncertainties of the future through a different lens in order to cope with this ever-accelerating paradigm shift comes with exponential technologies

How: By empowering individuals and institutions by creating encounters with people from different disciplines who share their vision and by connecting them to the tremendous potential of exponentially growing ideas for formulating new models

What: Act as a hub for the ecosystem, organize different events/workshops, make publications, conduct sustainable projects spinned off from BN team or support vertical projects jumpstarted outside of BN strategically and create synergy between different stakeholders such as NGOs, academy, entrepreneurs, private & public sector, art & social sciences and government in order to support decision makers for a better regulative and legislative efforts.

After determining “why”, the other two is easier to stick on for start ups. Again, I strongly believe that you need to have a strong understanding of what is your “why” statement (both as a founder and corporate level) if you want to stay sane on your entrepreneurial journey. Go out and find out your why, make sure that it will include a verb, a target and an outcome. Ask yourself these questions : “What’s truly important to me? What really gets me out of bed in the morning?”

I took this picture at one of the incubation centers in Silicon Valley. It is all about the why, what you love, what is the essence of your existence… And you will know it when you find it. Whether the target is an IPO or an early exit for your start up, do not forget that it’s the journey that teaches you a lot about your destination. Albert Camus once said “Do not wait for the last judgment. It comes every day.” So, after finding your true “why”, enjoy your everyday judgements!

What can be the common point between a diseased entrepreneurial mindset and a very well known phenomenon of quantum mechanics? Let me explain you the scientific part first. In 1935, Austrian physicist Erwin Schrödinger discussed the paradox of the Copenhagen interpretation of quantum mechanics in an extremely unusual way. Here is his set up for the theoretical experiment : Find a living cat, get a steel box, prepare a poison that is connected to a relay mechanism which is triggered by the decay of a radioactive particle inside the box. If the radioactive substance decays, the trigger will release the poison and the cat dies. Vice versa, if the radioactive substance does not decay, the cat stays alive. Pretty straightforward, right? So where does the paradox come in? Since there is a 50% chance of the substance decaying, without opening the box one cannot know if the cat is dead or alive. Since we cannot know the state of the cat without opening the box, the cat is assumed to be both alive and dead. In quantum mechanics point of view, this state is called a superposition.

Don’t you think we, as entrepreneurs, are tied to that kind of superposition most of the time? A high percentage of the entrepreneurs prefer the unbearable lightness of not knowing the “state”. Ok, the spirit of entrepreneurship is to achieve a business goal using proactive thinking by optimizing risk, innovating to take advantage of opportunities, taking personal responsibility and managing change within a highly dynamic & uncertain environment. But does it have to be that much uncertain like in the Schrödinger’s cat case? How can we know if the cat is dead or alive before spending a lot of time and energy for growing it? Lets forget about the time we spent, are we gonna open the box at all? After all the complex planning is done, the state of the art go to market models are made, the product is perfected, eventually someone has to open the box. At some particular point, you just need to reveal your product or service and see if it lives or dies in the wild world. Conventional entrepreneurs, especially hard-core technical ones, struggle with the decision of when is the right time to open the box. Ok, theoretically your business can live and blossom by not opening the box. Let me give you one good news and a bad one : Good news is that you cannot fail if you don’t open the box. And the bad news is that you cannot succeed without opening it. What a frustrating paradox…

A start up’s center of gravity isn’t its product, its customers, or its market. Its true center of gravity should be somewhere at the intersection of what the entrepreneur is passionate about + what kind of problem they want to solve + why that problem matters + what is the impact they will create. Remember the why-how-what circles… Opening the box as soon as possible lets you understand the real pillars of your center of gravity much better and faster. Most probably, starting from day 1, you are going to figure out that the problem you are trying to solve is not a real problem (or not as big as you thought), the product you imagined is not the one customers want, or even worse, the thing you are working on is not you are passionate about at all. Tough world right ? Still i would prefer opening the box rather than growing the paradox and failing big. 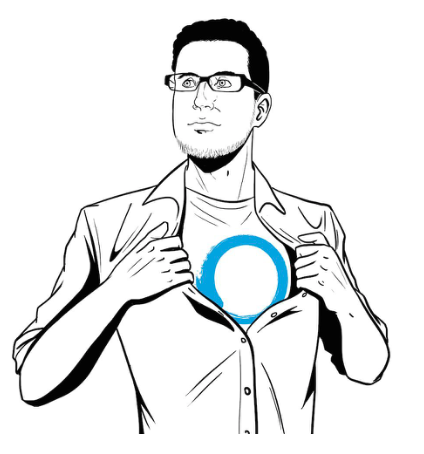 In the beginning of 2014, I had the chance to meet Eric Ries at a Silicon Valley event. He is the pioneer of the lean startup movement, a new-business strategy which directs startups to allocate their resources as efficiently as possible. It is all about measuring, learning and building consistently. Companies, especially the ones in conventional businesses like energy and healthcare, were reluctant to test their projects before they market them, maybe it is partially because of the high cost of the measuring. Eric Ries proved that it does not have to cost millions of dollars to test a particular idea, product or service in real world conditions. In other words, he hacked the measurement problem. Maybe some other scientist will soon hack the measurement problem in Copenhagen interpretation of quantum mechanics and we will be able to know whether the cat is dead or alive without opening the box all the way, who knows…

In Schrödinger’s subatomic world of quantum mechanics, quantum particles have been observed in two different states at the same time. He makes us question what reality is like when we’re not observing it. Do things exist? Are things alive or dead or both? In summary, this is nothing but the scientific way of saying existence is mind over matter : we create our own reality by observing it. In the observable world of startup business, again, we create our own reality without observing it on the way, stay in an artificial uncertainty. The only way to know is to open the box.