The Important Role AI Plays in the Future of Pharmaceuticals 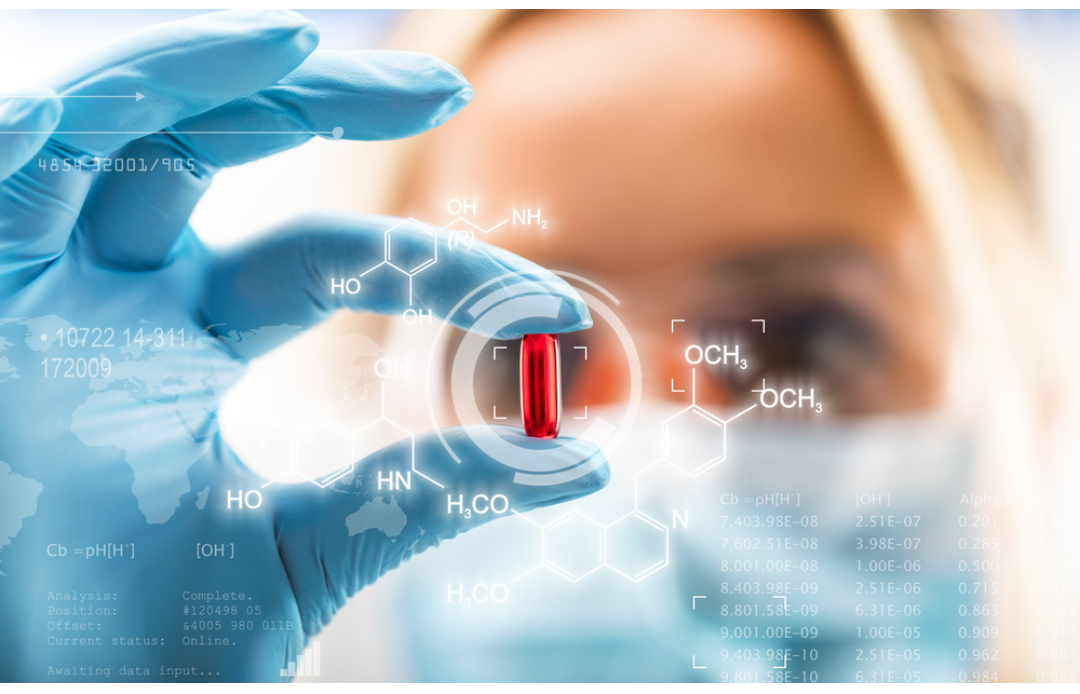 One of the biggest challenges facing the pharmaceutical industry right now is the high cost of developing a new drug and successfully bringing it to market. The process is long and costly — and goes against all the tenets of contemporary business acumen – which equate speed and cost-minimization to survival. Here are the important roles that AI plays in the future of pharmaceuticals.

The Current State of the Pharmaceutical Business

For big pharma, the stark reality is that the average cost of launching a new drug has increased from $1.2 billion to close to $2 billion — an increase of 67%.  The increase has resulted in an overall profit decline during the past decade. That’s a hard pill to swallow in a marketplace that already faces a mix of government regulations, pricing competition, and changing health insurance guidelines.

On top of it all, assuming a pharmaceutical company is even able to take its latest medication through clinical trials — studies indicate only about 1-in-10 is ultimately approved by the FDA.

The medical community has already adopted artificial Intelligence enhanced platforms.  It’s where this new, and not yet fully-trusted, technology has been visibly demonstrated being used to ultimately help humanity, and because so, AI’s appearance in the space has been met with welcome arms, more or less.

From aiding doctors in rendering accurate diagnoses more quickly to mitigating malpractice risks of any given procedure, the healthcare industry forms a symbiotic relationship with AI  and benefits from the partnership financially.

Similarly, in a healthcare themed Internet of Things, connected devices have empowered patients to play a much larger role in their own successes. Data that can be shared from internal devices to external devices, like smartwatches and phones, will allow a diabetic to monitor their blood sugar levels more accurately.

AI-enabled robotics is also playing a critical role in the operating room, where patients can now worry less about their surgeon’s innate talents because science is seeing consistently safer, more accurate, and less invasive outcomes on the operating table thanks to surgical robots.

Could AI Be Big Pharma’s Panacea?

With AI playing an increasingly effective role in the medical world, will it similarly reduce the financial challenges drug companies face in bringing a new drug to market while also driving up overall efficiencies?

It’s beginning to look that way.  Intelligence infusion into processes like drug discovery and development has gone a long way in reducing that financial burden as the pharma industry continues to evolve.

Here are four areas AI is having an impact on the pharma industry:

In January 2020, a British biotech company called Exscientia, in partnership with Japanese pharma company Sumitomo Dainippon Pharma, announced that they had used AI to invent a new molecule to be used in a new drug for the treatment of OCD. Because AI did most of the heavy lifting, the treatment is moving to the clinical trial phase – in a process that took 12-months instead of the typical 5-years.

With the average cost of drug development reaching $2 billion, and the time to bring a new drug to market clocking in at upwards of a decade, pharma welcomes the ways AI can alleviate these burdens.

Another way AI is improving the bottom line for pharma is in identifying new applications for their already existing catalog of drugs. With its ability to spot patterns within large datasets that aren’t so apparent to human researchers, AI is useful for associating possible connections between drugs and ailments and identifying new uses for drugs that are already on the market.

In a report released in August 2020 by Globaldata, AI is bolstering a cost-saving measure pharmaceutical business use called drug repurposing. Drug repurposing identifies already approved, existing medicines that can be tweaked or reformulated for an entirely different application.

BenevolentAI, a research group in London, employed an AI-enabled drug discovery platform to identify existing drugs that already disrupt a virus’s entry point pathways to look at ways of inhibiting COVID-19 bonding. They identified Baricitinib, an already approved drug, which they predict will inhibit COVID19 infection of human cells. Because they are using an application currently approved and on the market, repurposing the formula to treat COVID-19 will require fewer steps, testing, and cost.

When years of research and hundreds of millions of dollars of investment in clinical trials don’t necessarily guarantee passage to the marketplace, having a way to predict winners from losers early on would save huge amounts of time and money that are typically poured into development.

AI assists the clinical trial process in three key areas: It makes the process faster, more reliable, and more secure. AI-enabled software is a lot more adept at finding coding errors and tweaking calculations. This frees up researchers to focus on the more critical aspects of the trial, those aspects that specifically need a human’s touch to shepherd the drug through the clinical trial process.

Also, AI can help boost trial success rates by identifying the most promising potential treatments from the outset. Transferring some of the onerous early-stage trial-and-error work that goes into drug development from human researchers to machines means more quickly pinpointing the best treatments to focus on, reducing time wasted on less viable options.

From a customer experience perspective, AI has also improved patient targeting and recruitment for clinical trials. In an interview for the Applied Clinical Trials Online website, John Rigg, senior principal, Predictive Analytics, Real World Solutions at IQVIA, suggests that AI can curate patient data to identify a pool of applicants with the necessary diversity a robust clinical trial requires.

Microsoft, one of the innovators in leveraging medical applications for AI, last year launched “AI for Health,” which has, among other breakthroughs, revolutionized the science of precision medicine.

Precision medicine has become a fundamental shift in the pharma and healthcare space.  The transition from a one size fits all model with drugs and therapies to highly personalized treatment has become core to many businesses.

Genomics, or the study of an individual’s genetic makeup – including how those genes interact with the environment, provides data sets that enable AI engines to spot patterns and make valid predictions. This opens up a gigantic new market for pharmaceutical companies that can now customize a drug based on the genetic profile of the person being medicated. The ability to vary doses and formulations in this manner leads to more effective outcomes, but it can also head off side effects.

Precision Medicine also refers to a group of specialty drugs that are designed to treat rare diseases or target specific populations. In both cases, the drugs are generally difficult and expensive to develop. And because they target smaller demographic groups, the profit potential is by default limited.

In the past, this has dissuaded major pharma companies from developing these specialty drugs, leaving portions of the population at risk. But applying AI, the act of identifying molecules and compounds that will result in effective treatments of these rare diseases can be automated and hastened. Researchers are pointed towards specific areas of focus that reduce the risks associated with launching new trials.

The past decade has been a challenging one in the pharmaceutical field as development costs have grown while the average value of a new drug has declined. But with Artificial intelligence empowered solutions brought to the pharmaceutical space — companies can improve trial success rates, gather pertinent information faster, and reduce the time and cost involved in getting needed medications on the market faster.