Why Spotify Has So Many Bizarre, Generic Artists Like ‘White Noise Baby Sleep’ 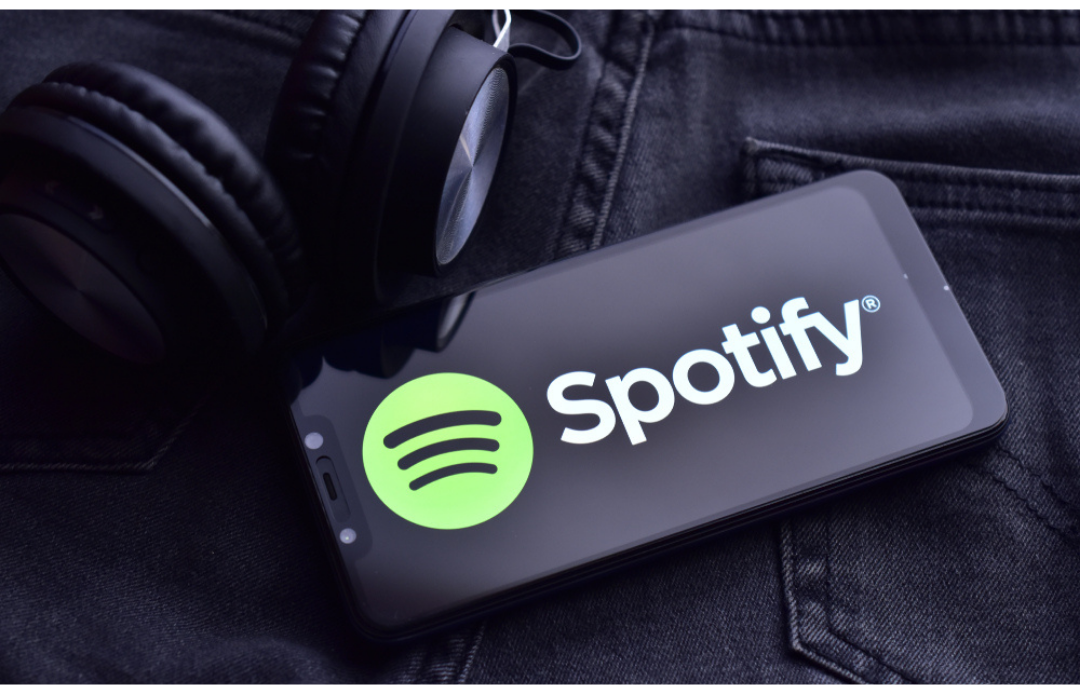 Welcome to The Cheater’s Guide to Spotify, a series about the schemes that rack up streams, money, and infamy on the popular streaming service.

You’ve probably never heard of them, but Relaxing Music Therapy has had a pretty successful music career. At least, on Spotify.

This “artist” has more than 500,000 monthly listeners on the platform, all thanks to One Simple Trick: optimizing their name to show up prominently in Spotify’s search results.

While the platform pays only in the neighborhood of a third of a penny per stream if you’re not Drake, it boasts more than a quarter-billion active users. So, if your music ranks highly for a search term, you can accumulate enough listens to steadily make hundreds, in some cases thousands, of dollars a month with minimal effort.

The key to success is to find a phony artist name that Spotify users are likely to type into search. Like Relaxing Music Therapy, some of these “artists” use names inspired by an adjective commonly used to describe music. Others name themselves after popular uses for certain kinds of music, well-known generic tunes like children’s rhymes, or entire music genres. Often, these creators optimize further by titling tracks and albums with related words and reuploading the same songs ad nauseum, which can look especially absurd when filtering to see just a single tune. Relaxing Music Therapy, for instance, has uploaded the track “Stream in the Forest With Rain” 616 times to date.

SEO spam and its various streambait cousins fit right in with Spotify’s own marketing strategy of being a one-stop shop for “music for any mood,” rather than, say, a hub that highlights the most talented artists. In 2017, the trade publication Music Business Worldwide revealed that Spotify’s curated playlists were filled with artists working under platform-specific pseudonyms, such as “Charles Bolt,” with no off-internet presence at all. (The company did not respond to multiple requests for comment on this article.)

George Howard, an associate professor of music business and management at Berklee College of Music and founder of strategic consulting firm GHS, is well aware of the Spotify SEO strategy. “Spotify… has managed, through a whole series of UX [decisions], to make the vast majority of their listeners decouple the creator of the music from the product of that creation,” Howard told OneZero. “What entrepreneurs have done is go, ‘Okay, we’ll SEO it. We’ll think in terms in terms of the user and how he or she is searching for music.’”

The Cheater’s Guide to Spotify – OneZero

How musicians boost their streams with fake playlists, messed up metadata, and more. The undercurrents of the future. A…

SubmitMusic founder Jason Cerf is one of these shrewd uploaders. His company buys musical recordings from individual producers and artists across genres and then “positions them to be monetized,” a process that includes working with clients to pick streaming-friendly artist names, track names, and album art. He isn’t quite putting out songs under blatantly eyebrow-raising aliases like Halloween Party Scary Sounds and Fx, but a similarly tactical approach is important to the bottom line of SubmitMusic’s catalog, which Cerf estimates to be around 10,000 songs.

“We have a creative team who develop at scale metadata strategies,” Cerf told OneZero. “We have brainstorming sessions where we come up with artist names that will probably be recognized as ‘on brand’ or possibly, you could say, generic.”

How this strategy manifests itself depends on the content. “If you name [yourself] ‘Joe Smith,’ and you put out a classical music album, it’s not going to resonate with a digital consumer. If you put out classical music under the name ‘Classique Elegante,’ that is an on-brand piece of data that is put up in front and center… and is likely going to harbor more digital activity, or clicks.”

Gaming SEO is particularly effective if the goal is simply to monetize some preexisting catalog of music, without any aim to actually build a following, throw a concert, or push a genre forward. Even if a user ends up becoming a fan of the music after inadvertently discovering it, there’s often no way to find the musician outside of the Spotify platform, as the artists’ name itself and accompanying metadata are just SEO word salad.

Cerf says he does not go so far as to name artists in ways that are misleading. While there’s no codified rule from Spotify against SEO bait, he says he’s heard from contacts at digital distributors that Spotify generally discourages the practice. Though distributors on Spotify’s preferred list, which the company recommends directly, are more likely to follow these suggestions, it’s clear others aren’t, to a significant degree.

Ask Google to play “relaxing music,” or plug “meditation” into Spotify’s search bar, and you’ll find heaps of artist accounts with names like Binaural Beats Sleep, Nature Sounds Nature Music, and Air Conditioner Sound that mass-upload ambient drones, looped chord progressions, or straight-up white noise. Spotify’s user base apparently has a lot of trouble sleeping, and that significant audience interest makes it a worthwhile hustle for a prospective SEO spammer. It also doesn’t hurt that generic New Age sonic compositions are relatively easy to make (or rip) compared to other types of music.

And so a seemingly unending stream of “artists” battle in an audio turf war over various niches of faintly wellness-related audio. These profiles often have dozens to hundreds of albums, each saturated with keywords. Individual pages using this method regularly rack up tens to hundreds of thousands of monthly plays. Some daisy-chain featured artists in their metadata to populate multiple pages with slightly different names, while others simply reupload the same exact tracks over and over again in repackaged albums.

Another tack involves bare-bones versions of popular, generic, kid-centric songs like “Happy Birthday.” In fact, the “artist” Happy Birthday alone has uploaded hundreds upon hundreds of the same dozenish versions of the tune (done in different styles, from EDM to acoustic), racking up more than 140,000 monthly listeners. Another account, Children’s Music, is up to nearly 300,000 monthly listeners by sharing misspelled classics like “Wheel on the Bus” and “If Your Happy and You Know It” over and over again.

Some “artist” profiles have named themselves after entire subgenres of music, some of which might not have a dedicated genre page or clearly labeled Spotify-created playlist. “Lofi Chillhop” and “LoFi Chill” (both verified artists) seem to be competing for fans of a certain type of instrumental music that experienced a recent rebirth thanks in part to a meme, hitting more than 100,000 and 40,000 monthly listeners, respectively, by uploading beats of unknown origin. The verified artist profile “Uk Drill” took advantage of rising interest in the British hip-hop scene by simply ripping and reposting tracks from up-and-coming MCs, reaching more than 80,000 monthly listeners. And whoever is behind the account “Witch House” (a spooky mid-aughts style of electronic music) accumulated a trickle of traffic by uploading generic instrumentals and jamming the names of popular EDM songs, albums, and artists into the tracks’ metadata. Witch House’s music itself isn’t even witch house, but rather intentionally mislabeled tracks ripped off from places like obscure instrumental sampler albums.

There isn’t really an incentive for Spotify to clean up repetitive tracks or bizarre artist names. In a way, these prolific posters are just executing an extreme version of Spotify CEO Daniel Ek’s vision of a world where artists spend less time on their music and focus more on volume. The platform’s own goal, as Liz Pelly wrote in The Baffler in 2017, is (arguably) to “fit music snugly into an emotional regulation capsule optimized for maximum clicks.”

Cerf, for instance, views what he’s doing as a useful utilitarian tool. “People want to be able to search for music not just by artist name, but also by keyword,” he said. “They want to say, ‘Oh, I’m sleeping, or I’m driving, or I’m meditating, or I have a kid and he needs to sleep, or I just need background music.’”

Indeed, a fundamental building block of Spotify’s algorithm is to simply recognize when a listener successfully finds what they were looking for, not whether or not the music was “quality” per se. As a 2017 Vulture article points out, these artists “are providing people exactly what they want. It just so happens that what they want is ephemeral nonsense.”

Still, some music in this vein is downright deceptive, either of noticeably low quality or having little to no connection to the given artist title.

Tools like digital music distributor and Spotify partner DistroKid’s DistroLock audio fingerprint technology and Spotify’s own blockchain startup acquisitions could in theory curb some of this spam by, say, limiting reuploads of the same tracks. But these kinds of checks aren’t yet baked into Spotify’s platform.

Increased human moderation of Spotify’s library could offer another solution, but this presents a logistical problem because of the sheer scope of the platform’s catalog. (The platform says it adds tens of thousands of songs to its catalog every day.)

Spotify’s editorial team functionally runs interference on certain terms people frequently game by essentially using the same strategy as the spammers, creating official pages for certain “Genres & Moods” of music, each featuring handpicked playlists within these categorizations. However, it’s unclear who on Spotify’s editorial team makes these pages, what process they use to create them, and whether their explicit purpose is to get out in front of spam. These official Spotify pages and playlists sometimes surface high in search, but they often have a lot of competition from artists named with almost every imaginable variation of a set of high-value terms. Plus, spammers themselves occasionally show up in the sanctioned playlists, often joined by plenty of the less intrusive fake artists.

Howard isn’t aggrieved by people gaming the platform to get their music heard, and he highlights that people using these strategies are simply working within a broken system.

“The tech is agnostic,” he says. “You’d be stupid not to use [Spotify’s] system to your advantage, and so people are just gaming the system. I can speak for savvy operators in the publishing world who go, ‘I’ve got all this content. I’m going to optimize it for plays.’ And they’re doing the right thing!”