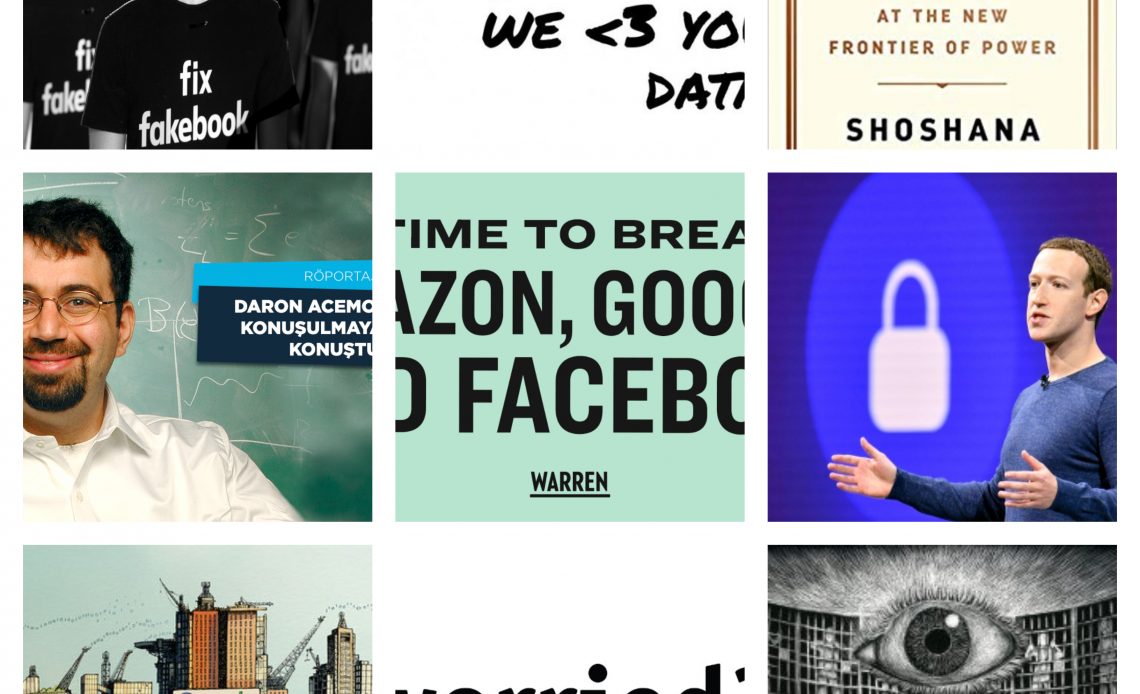 Isn’t it great that we now have more options with Amazon instead of being stuck with brick-and-mortar stores?

On this past 8th of March, a brave woman has stepped forward and openly declared that it is time to break up the platform giants: Amazon, Google and Facebook. The 2020 Democratic presidential contender in the United States, Elizabeth Warren clears her intentions as follows – and asks all the US residents to sign a petition to help support her plan to break up the ‘bigtech’:

“Twenty-five years ago, Facebook, Google, and Amazon didn’t exist. Now they are among the most valuable and well-known companies in the world. It’s a great story — but also one that highlights why the government must break up monopolies and promote competitive markets.

In the 1990s, Microsoft — the tech giant of its time — was trying to parlay its dominance in computer operating systems into dominance in the new area of web browsing. The federal government sued Microsoft for violating anti-monopoly laws and eventually reached a settlement. The government’s antitrust case against Microsoft helped clear a path for Internet companies like Google and Facebook to emerge.”

The Beginning Node (BN) often emphasized how important it finds the repercussions of information and industrial power concentration in the aforementioned tech companies – read here and there.

In his interview with BN last summer, Daron Acemoğlu of MIT, one of the most cited economists in the world, was straight-forward enough upon our question that if he agrees with the fact that at the platform level, competition confronts the existence of large returns to scale and/or network externalities, leading to natural monopoly situations and a winner-take-all scenario:

“The facts are clear. The level of concentration, for example as measured by the share of the largest few companies in an industry, has reached an all-time high in both the United States and Europe. The world has never seen anything close to the size of the largest 5 companies today, Apple, Alphabet, Amazon, Facebook and Microsoft. The reasons for this are less well understood. Some of this is because of “winner take all” nature of platform competition in the technology area. But my sense is that this is not the most major factor. The failure of antitrust on both sides of the Atlantic, but especially in the United States, is also critical. In the past too very large companies came to dominate their industries and large parts of the overall economy, most notably Standard Oil, AT&T and Microsoft in the 1990s, and they started stifling competition. The Department of Justice did take action and forced these companies to break up into smaller ones or prevented them from fully using their market power. This is completely missing today. My concern is that the domination of large companies implies not just higher prices for consumers but significantly affects the types of technologies that get developed. Dominant companies tend to block technologies that compete with them and gobble up small companies that could develop into rivals. This may mean less technological diversity, and ultimately listed logical change. But the solution is clear: more vigorous antitrust action.”

Nobel laurate economist, Jean Tirole once stated that the key issue to decide whether Google, Amazon, and Facebook are monopolies lies in “contestability.” According to the intellectual giant in the economics world, “Monopolies are not ideal, but they deliver value to the consumers as long as potential competition keeps them on their toes. They will then be forced to innovate and possibly even to charge low prices so as to preserve a large installed base and try to make it difficult for the entrants to dislodge them.”

However, Elizabeth Warren is explicit enough that “America has a long tradition of breaking up companies when they have become too big and dominant — even if they are generally providing good service at a reasonable price.”

Senator Warren’s call to action, which aims at holding big tech companies to be more responsive to user concerns, including about privacy, comes just 48 hours after Facebook CEO Mark Zuckerberg announced [via a Facebook blogpost] his company’s next pivot to make social networking more “privacy-focused” and less about the public disclosure of information. While offering few specifics, Zuckerberg said the company’s direction would shift from being a social network where people broadcast information to large groups of people — a square — to a service that is modelled after a living room, where people communicate with smaller trusted groups.

The Economist issues three concerns, among the first of which are Facebook’s business is now cheaper to run. Because it will be mathematically impossible to moderate encrypted communications, the firm will have an excuse to take less responsibility for content running through its apps, limiting its moderation costs.

“Will Facebook stop collecting data about people’s browsing behavior, which it does extensively? Will it stop purchasing information from data brokers who collect or “scrape” vast amounts of data about billions of people, often including information related to our health and finances? Will it stop creating “shadow profiles” — collections of data about people who aren’t even on Facebook? And most important: Will it change its fundamental business model, which is based on charging advertisers to take advantage of this widespread surveillance to “micro-target” consumers?”

“When we consider what is to be done about “surveillance capitalism”, a new term for businesses that create a new kind of marketplace out of our private human experiences, we tend to rely on earlier efforts to deal with capitalism run amok. Yet this economic model has rooted and flourished during the past two decades despite existing paradigms for privacy law and antitrust.” These words belong to Shoshana Zuboff, the author of recently published The Age of Surveillance Capitalism: The Fight for a Human Future at the New Frontier of Power and a professor emerita at Harvard Business School

Economist Azeem Azhar, in his last cutting-edge weekly bulletin Exponential View, draws some parallels between Zuckerberg’s announcement and Bill Gates’ famous 1995 memo, which warned that Microsoft had to turn to face the threat of the Internet. Microsoft eventually did succeed in its switch. However, it took a federal level antitrust action, two further CEOs and nearly two decades to do it.

We, the people of the Beginning Node, a platform for formulating models to solve the problems generated and spread globally by the Internet, believe that America’s biggest tech companies are controlling more and more of our digital lives and the cost of inaction against this unprecedented and rogue capitalism gets higher every day. Therefore, we sign Elizabeth Warren’s pledge to help make it easier for the next tech entrepreneur with the next big idea to break through the limits of exponential growth.

Simply because we believe the “attention monetizing” business model of platform economies cannot fix itself and we want to fortify our futures and moral cause of our generation; simply because it is better now we have Google over Bing, and T-Mobile, Verizon, AT&T over AT&T only.